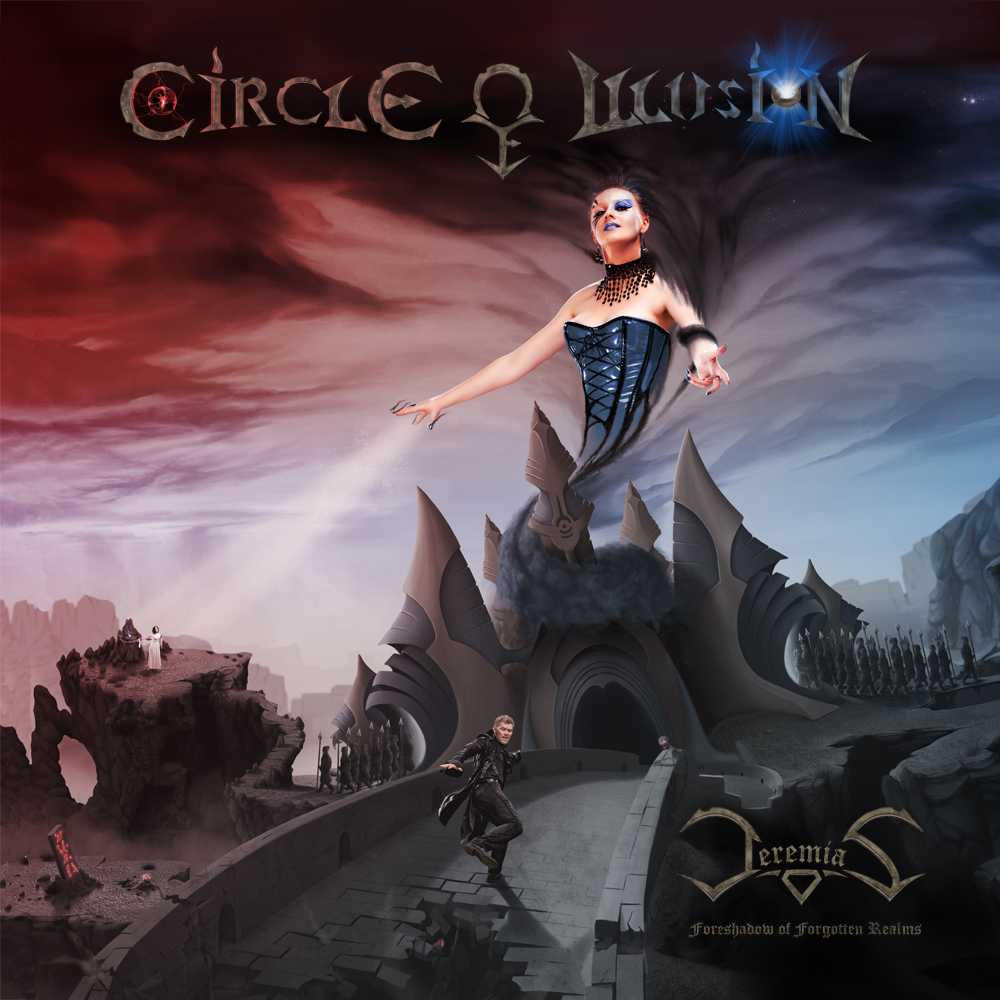 A progressive rock opera for the 21st Centry: Circle of Illusion present an epic concept album with almost 80 minutes of prog rock with a Hollywood widescreen sound.

After four years of hard work, the Austrian symphonic progressive rock octet is about to release its debut album “Jeremias – Foreshadow of Forgotten Realms”. Composer and keyboardist Gerald Peter developed the dramatic concept about Jeremy, who’s caught in a dream world, together with lyricist and vocalist Taris Brown and gathered excellent musicians to bring the work onto CD as well as onto the stage. Brown himself plays the eponymous Jeremy, the female leads were handled by Cara Cole (as the mysterious Jelena) and Elga Shafran (as Jeremy’s wife Sarah). Musically, the album features progressive rock without regard for genre boundaries: The album combines sweeping song structures, driving guitar riffs, virtuosic keyboard lines with a hint of fusion and lots of intricate rhythms with film score-like symphonic elements as well as styles like funk and soul that are rather untypical for prog.

The album will be released simultaneously with Alessandro Bertoni – Keystone on September 9, 2013. The filled-to-capacity CD will come with a likewise generously filled 36-page booklet telling the fantastic story of Jeremy with elaborate artwork.

Both September releases can be preordered via our online store. A download version will be made available to everyone who pre-ordered the album 10 days before the official CD release.